It’s January. Last year, I did a 3/2/1 recap each month. For this first month, I’ll be talking a little more about my four focus attributes: space, legacy, emotion and practise.

If you missed my first post, head here to view my plans around Connecting with Space.

Legacy is a word I don’t hear much among the students I see around university. Nor is it a word I hear from parents or friends of the family. However, I once saw a talk by Gary Vaynerchuck where he said:

“Legacy is greater than currency. Has everybody completely grasped that your great, great, great grandchildren are going to watch and see everything you’ve ever done? I think about that every single day. I want my grandkids to be proud of me.”

In July 2011, I was told that my Grandfather had suspected Dementia.

I won’t go into the massive details but he is the only male in my entire family I think has played his cards right, is a fully worthy human being and has done the best he can. He has the kindest heart and the gentlest manner, despite fighting for his beliefs; his mind has always been sharp and he loves to walk up mountains despite being quite old.

Legacy is finding out that I am like him, that I have some of that amazing greatness in my potential. I know of his life choices, his mistakes and especially the things he regrets but I think were the right choice.

As a Bardic student, I’m now learning the legacy of the Druids; the poems that taught of magic and emotions, and as a reader, the parables which told of the morals (Western) humans usually abide by. This has given me a glimpse of how much knowing the legacy and heritage of a belief, a label or an action can enrich an experience.

Legacy is important, and none more important to me than my own.

I want to know and understand my legacy – my family tree and the heritage of the family I’ve made for myself.

This is a delve into the past; of who I was made to be, how I got here and what possibilities lay within my veins.

I’m trying to bring that sense of welcome into my own personality; for nothing is more important than honour and hospitality in my grandfather’s eyes.

Unfortunately, I grew up miles from him and only one mile from other family members, who value educational terms, grades, money and… well. They said “That’s allowed then” when I told them my other half was studying Medicine.

This year I’m exploring the labels I’d always thought I couldn’t change, and deliberately adopting new ones through re-definition.

This includes the labels around being a student, a wife, a mother; all the things I hope to be. I want to really understand where my values are in how to treat differences (my family are generally quite judgemental), how to deal with emotions like anger and my views on non-violence.

This links to my third focus a little but essentially, emotional legacy covers my past labels around emotion like anger solves everything & weak people cry, and covers what kind of legacy I want to pass on to my friends, to my kids, to my friend’s kids.

I’m not yet sure how to go around this, except I’ve begun a journey along my thoughts of compassion over at The Phoenix Mind, which I’ll be updating each time I feel I’ve something to share. This will also cover the third aspect of my theme for the year; emotion a little too.

Finally, I want to continue the journey I began at 11 when I lost my faith in Christianity.

I want to really understand my choice not to continue with that path, to be able to explain why I’ve chosen Druidry, and to get my head around what I want to pass on to my children.

I want to understand the heritage of the land; this sacred isle surrounded by water and covered with history and mythology. And in exploring Celtic spirituality, reach out to the Germanic and Saxon paths which have influenced it.

Legacy is all about my past lessons and what I want to pass on.

Next time I’ll cover the aspect of Compassion and the emotional aspects touched on here in more detail. 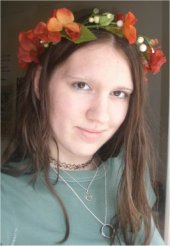