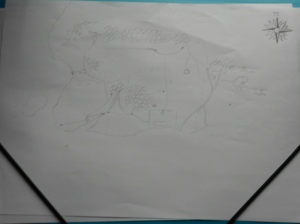 Earlier in the week I wrote about my NaNoWriMo project of 2012: Flight of Skell, as I was tagged by Cheyenne in a Blog Hop called The Next Big Thing.

This is my final set of answers for now – focusing on the novel I began in 2010, and am working on into 2013 (mainly to stop me editing the previous two). It’s not as detailed as the previous two, but as it’s actually my work in progress, I thought I should post about it.

I’m also living in a flat with minimal (if any) internet so if it takes me a while to reply, I apologise, but I will try to catch up with the blog as soon as possible.

1) What is the working title of your book?

2) Where did the idea come from for the book?

I don’t remember. The idea is coming up to three years old, but I know it began with the idea of eye colour and the sense of power behind the human gaze.

3) What genre does your book fall under?

Oh I have no clue. It’s only 11k long right now, but it was planned as a literary piece so we’ll have to see. It’s definitely Sci-Fi or Fantasy based though.

4) Which actors would you choose to play your characters in a movie rendition?

I don’t know. None of the characters are fully formed at this point, and one even shape-shifts so his appearance changes daily.

5) What is the one-sentence synopsis of your book?

The laws of the Sanctuary have been in place for fifty years, but when the Order of the Elements orders one of its workers to take in a child with hazel eyes, she has no choice but to break protocol.

6) Will your book be self-published or represented by an agency?

At this point, neither. Both are possible though.

7) How long did it take you to write the first draft of your manuscript?

8) What other books would you compare this story to within your genre?

I’ll let you know when I know what this one’s about.

9) Who or what inspired you to write this book?

The colour of human eyes.

10) What else about your book might pique the reader’s interest?

Once again, I tag anyone who writes 🙂 Leave a link in the comments so I can read about your work and connect with you.